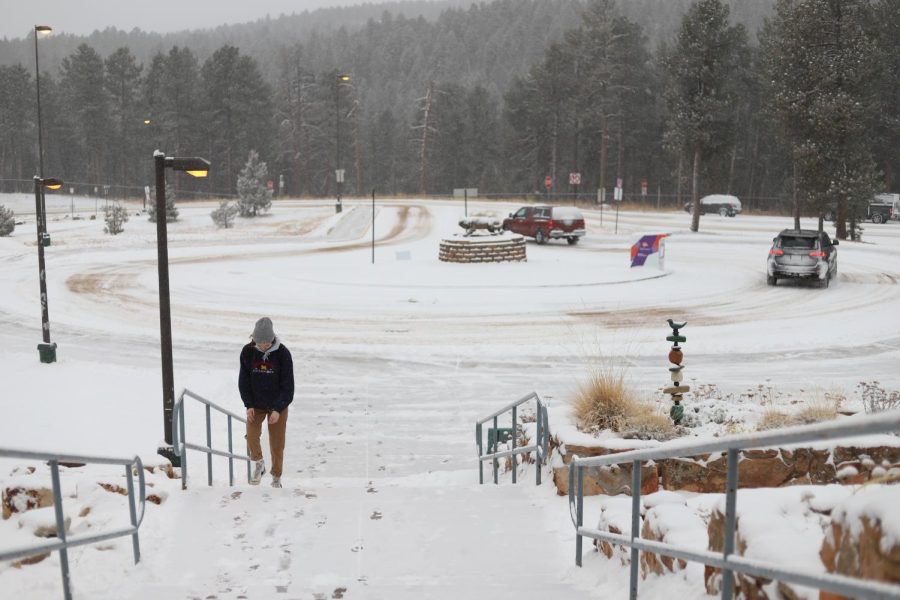 Next year, school might be starting (and ending) up to an hour later. On the surface, kids might see this as a good idea to help the age-old problem of “school-caused” sleep deprivation, but some students and teachers think otherwise.

The school board is proposing a district-wide change in schedule that will affect every student and their parents, from those in high school to those in elementary school. It would also change when extracurricular activities and sports take place.

“I feel like it’s resolving nothing,” junior Carter Carpenter said. “The main point of the change is sleep deprivation, but won’t this just make most of us stay up later?”

Carpenter argues that with the end of school being pushed back, students will have less time to go to work. Therefore, they will make less money. This is especially relevant for students who rely on the extra income to buy necessities for school or everyday life. Any problems the current schedule has might not be remedied by pushing everything an hour later.

“Teachers have to pay for aftercare, and teachers that are paid hourly don’t make a lot, so paying for two hours a day on hourly pay can be significant, especially if someone is a single parent,” Special Ed Para Celina Fischer said.

Aftercare is a service that parents can pay for to take care of their kids at school after the school day ends. This brings up the argument that the school district could have a responsibility to compensate workers for expenses that would be incurred by a schedule change. The added cost of aftercare could be an unexpected expense, and that is a problem for those operating on a tight budget. Parents would also have the issue of transportation. Their jobs’ schedules might not allow them to pick their children up at this later time. One might say that these parents should just rely on the bus system, but due to the new bus hub system, buses aren’t able to drop everyone off at their homes like they were previously. This means that some students will have to walk a mile or more to their homes from the new stops, something that won’t be possible for every child, meaning parents still have to take time out of their day to shuttle their kids to and from the bus stop. The bottom line is that even a shift of 30 minutes to an hour would be significantly disruptive to parents, students, and teachers alike.

“It seems easier these days because more people work from home, but they still have to concentrate and might not have the time,” Principal Secretary Annie Wesselhoff said.

The change also affects athletics. Jeffco is one of 8 other districts considering changing their schedule. This means that when students outside of the district get to practice and games, Jeffco students will still be in class. When other teams are able to start playing against each other, Conifers athletes would just be getting out of school. These students will also have to stay later to get their practice time in.

“We don’t want to penalize [student athletes] by having to miss classes and so forth to attend games,” Conifer High School Principal, Wesley Paxton said. “We are trying to work with the district and the athletic leagues so we can make it so students don’t have consequences for going to Conifer High School and having a later start.”

Even though the later start might cause issues, there are still benefits. According to the National Sleep Foundation, 73% of high school students don’t get the recommended 8-10 hours of sleep a night. The later start will give students the ability to sleep in later, as long as they go to bed at a reasonable time. It has also been shown that teenagers have difficulty going to bed before 11 and getting up before 8.

“Personally, I like it for a couple of reasons,” Wesselhoff said. “ One, selfish, so I can sleep in longer. Two, I think that the kids do better with more sleep.”

The later start can also help kids be safer. Many juniors and seniors drive themselves to school in the morning, and in snowy or icy conditions, this can be dangerous with their limited experience.

“Roads aren’t usually plowed till 8 in the morning,” Paxton said. “And sometimes the sun doesn’t come out until around that time to start melting off the snow and ice.”

This is an issue that the two-hour delays have been implemented for so students can still go to school without a snow day. The later starts will also let students and staff have more time to get ready in the morning. With some students and staff living throughout the winding roads of the mountains, it can take a while to drive to school, and on top of getting ready in the morning, they have to rise far before the sun does.

“If they don’t have to get up at some ungodly time in the morning, that’s good,” Wesselhoff said.

The late start should also give teachers more time to plan than they currently have. Two non-contact days have already been added into this last semester of school to allow staff time to organize their lessons. With the later start, there will be more time in the morning before students get to school to plan out their day.

“Right now I always have to rush to get ready in the morning,” Paxton said.

The change in start times is not a new occurrence. Since 2016, the start times of schools have been questioned. It has taken a lot of push from the community to get this change into motion. Many logistics like start times, bus routes, and more have been worked out, but there still are questions on its orchestration.

“There has been a push across Jeffco and in our community by parents and students to have school start a little later than they do already,” Paxton said.

The district is set to make a decision soon on when Jeffco schools are going to start. Many remaining questions on its organization will be answered soon.

“Whatever the decision is, we can look forward to that,” Paxton said.

All we can do is wait to see if the change is going to happen.

“Knowing the district like I do, it will definitely happen,” Wesselhoff said.