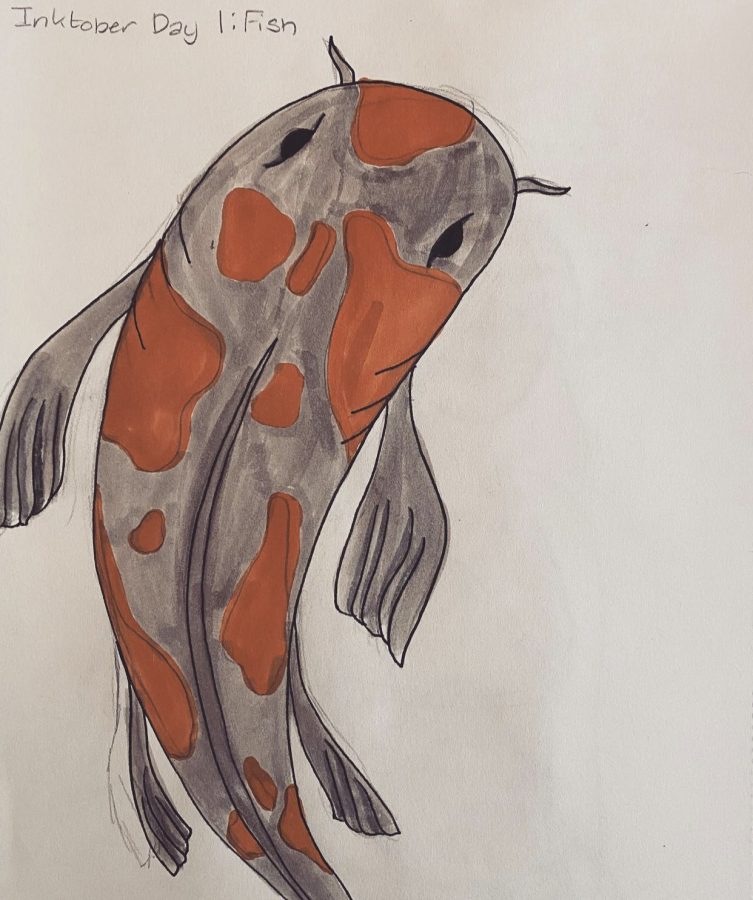 Artists around the world prepare for another year of Inktober. Inktober is a month-long art competition in October where every day has a new prompt. The prompt list itself is released on September 1st each year so artists can get a headstart.

The art challenge was created by Jake Parker as a way to spark creativity. Parker has several published comics and books. Since creating the challenge, hundreds of other artists have created their own prompt lists. They flood social media throughout September and October.

Parker said, “I created Inktober in 2009 as a challenge to improve my inking skills and develop positive drawing habits. It has since grown into a worldwide endeavor with over a hundred thousand artists taking on the challenge.”

To participate, artists post their submissions on Instagram under the hashtags ‘#inktober’ and ‘#inktober2021’. There are currently over 21.8 million posts under the Inktober hashtag. While most people use the same official prompts, each of their creations are wildly different.

During the pandemic quarantine, many artists had struggles with motivation. Client flow decreased and artists were hit hard.

Parker said, “If most artists were like me, there were good days and bad days the last 18 months. Some days it was hard to concentrate and get the energy to make something. But then some days I was able to create and get into the zone and make beautiful things.”

Since the pandemic ended, most artists have bounced back. Many of them will be a part of the month-long challenge.

“This year will be much like past years. Just a bunch of artists doing the challenge, supporting and encouraging each other. I expect about 100,000 to do at least one drawing this year,” Parker said.

Several Conifer students are participating, including Junior Bean-Osburn, who is currently taking AP Art. She has been participating in Inktober since 2018.

“I finally got back into drawing after the summer. In Inktober, I really throw myself into the swing of drawing because each day is like a new idea you can do, and everyone has different interpretations,” Osburn said.

Inktober even has an influence on some classes. Ms. Snively includes an ink project for her intermediate art students, which starts on October 8th.