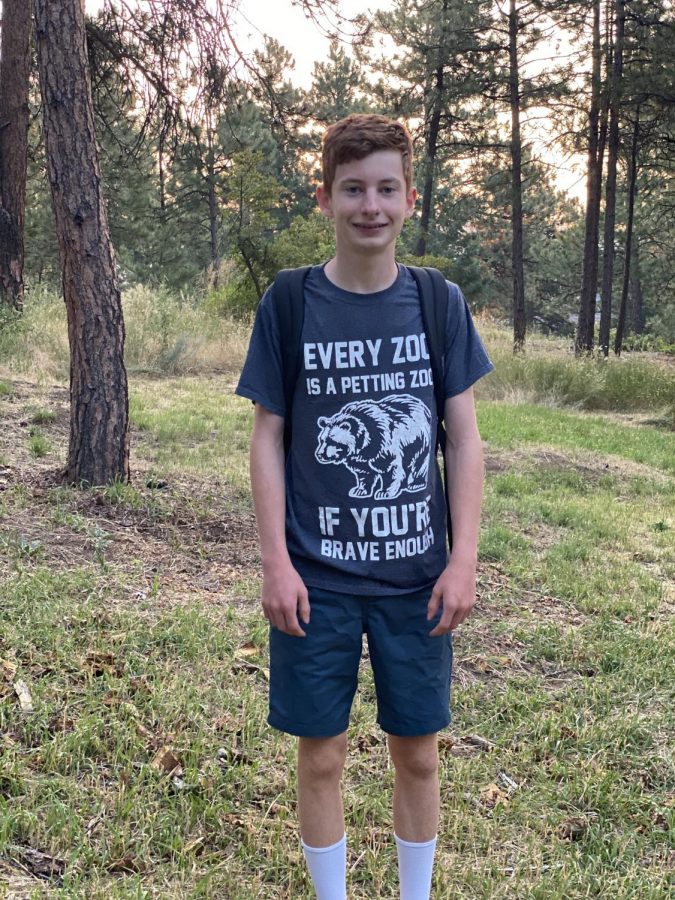 An avid outdoorsman, freshman Erich Bohn, explores the campus on his first day at CHS.

Erich Bohn is a new Colorado resident. Having moved here in 2019 from Virginia, he started his new Colorado life down in Denver. He lived in a small rental with his family while he finished middle school and his family tried to find a better place to live.

‘’We were living out of a rental for more than seven months, and the rental was awful,” Bohn said.

While he was finishing his middle school experience Bohn’s parents went to work to find a better place to live. The school that Bohn was attending was rundown and in the midst of a remodel. However, Bohn’s parents set their sights on a house in the mountains.

This new place would need a lot of improvements but they decided to make some renovations.

“It was an older place so we have been working on it, like putting skylights, bookshelves, and those kinds of changes,” Bohn said.

With their new location, Erich started his high school career in Conifer.

Although Bohn has had a small amount of experience in Colorado he has already begun to fit in and enjoy the state for what it has to offer. He went on a backpacking trip and has been making new friends in Conifer. He has become a member of the community and a true Coloradan.

“I’d say Colorado is great, but you have to be prepared for anything,” Bohn said. “From the heat to the pine needles. This state is treacherous and you have to be ready.”