Marching to the Beat of a new Drummer 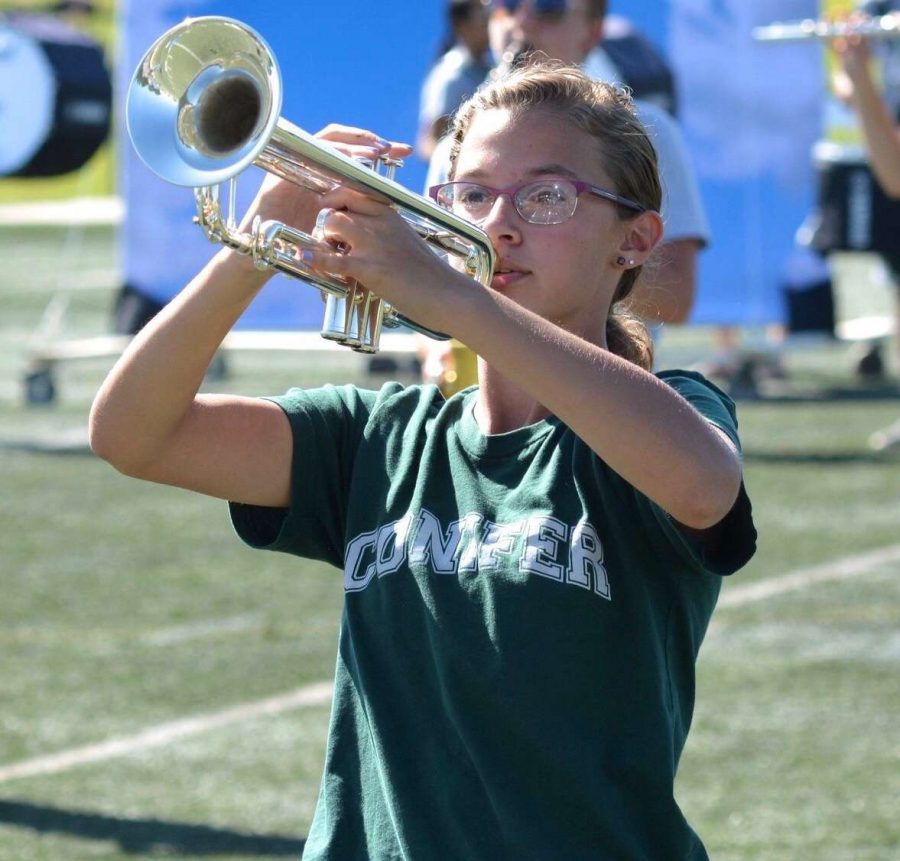 Trumpet player Carley Getz stands at the ready during a football game in September 2019.

Last week, Mr. Cartner announced the Lobo Regiment Student Leadership Corps positions for their 2021 show.  The students auditioned for their positions last week, and were judged by Cartner, and senior Sydney Kasperbauer.

The leader of a marching band, the Drum Major, is the most important position in the band.  Their job is to keep the band in time.  The audition for Drum Major is open to any member of the marching band who has been in the band for at least one year.  However, the position has been held by senior(s) at CHS since 2007.  There can be one or two drum majors, depending on what the show requires each year.  For the 2021 show, Radiant Colors, the position of Drum Major will be held by current sophomore, Carley Getz.

“Since the position of drum major is usually only given to seniors, I was anticipating that I would not even be eligible for the position this year,” Getz said, “and that it would act as good practice for my audition next year.”

Getz has been playing trumpet for eight years, and says she would have been thrilled with being the trumpet section leader for next year.  She didn’t believe she would get the position.  Since learning about her role last Wednesday, Getz has already taken on a lot of Drum Major responsibilities, as the position begins right away.
“I’ve sent more emails this week than I have in my whole life,” Getz said.

Even with the sudden change, Getz already loves being the drum major.  Music is important to her, and she is always happy to share that with others, older, and younger.

“I am the most excited about being able to help the other members bring their strengths to the marching band field, and help them grow in music, watching them fall in love with the band the way that I did.”

Getz’s passion for music isn’t the only thing that made her the best candidate for Drum major.  What was more important was her ability to apply herself to a situation.  Getz doesn’t do things halfway, and a strong leader is important.

“She puts 100% of herself into everything that she does and I think that that is something that we need in a drum major,” Sydney Kasperbauer said.