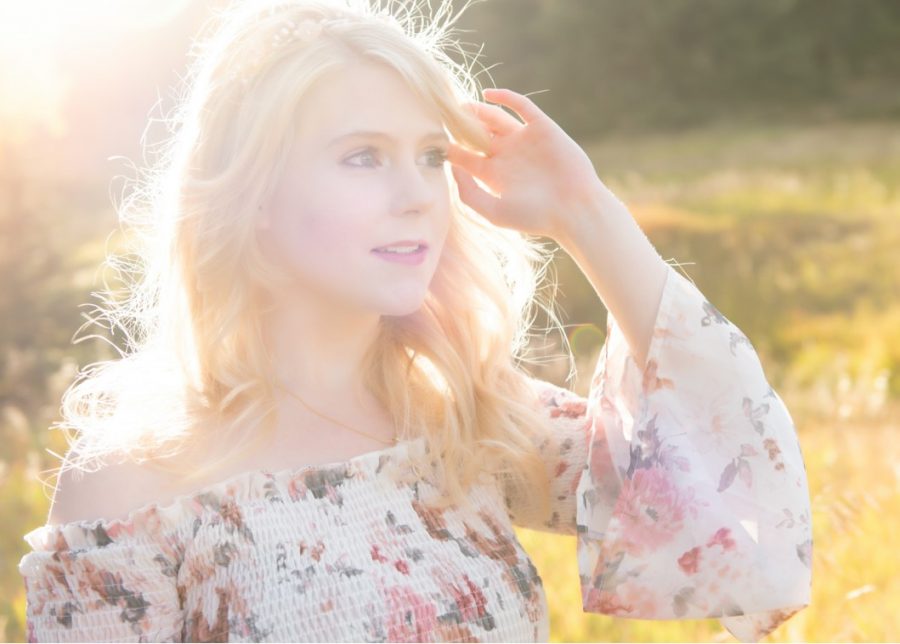 BRIGHT SMILES As her senior year rounds the corner, senior Lina Matson looks and feels better then she did years before. “I feel brighter than ever. I have lost 40+ pounds and just feel great,” Matson said.

Lights flickered. Dogs barked. Wifi lagged. Online school took the world by storm in the midst of the COVID-19 pandemic, but senior Liana Matson got a taste of it years earlier.

“It truly all started when I was eight. I got bitten by a mosquito and I came down with all these symptoms of fibromyalgia, meningitis, and sefilitus. I just felt awful,” Matson said.

But her health journey didn’t end there. Matson had appendicitis in sixth grade. That’s still not the end of it; Matson had to leave school the following year due to her declining health.

“Suddenly I just didn’t feel good, like at all. I was in a wheelchair, I was in so much pain I couldn’t walk. It was mostly in my abdomen but over time the pain spread through my body,” Matson said.

Shortly after, Matson spent nearly all of her time behind a screen trying to keep up with her classes, since she could no longer attend them in-person. She began to lose her friends from school, but her new found learning environment came with the benefit of new friends online from across the country.

“An internet friend of mine told me to listen to K-Pop, so I said sure I’d give it a try. While I don’t understand what they’re saying, it’s really good music,” Matson.

Matson soon realized that she loved everything about K-Pop. Even though there was a language barrier, she knew that she found a new passion. A new sense of hope. A new love.

“I wanted something to make me feel good and I found K-Pop. Even though I can’t understand it, it has such powerful messages and you can truly feel the emotions when you listen to it,” Matson said. “Without my health issues, I wouldn’t have gotten into K-Pop.”