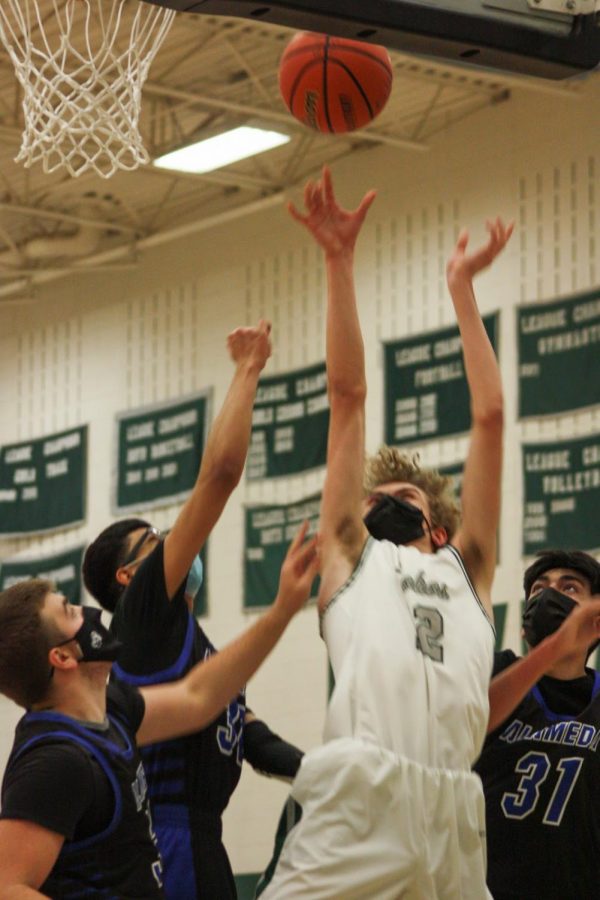 Friday was a big night for the Conifer boys team as it was their first win of the season. Conifer went into the game strong, and their hard work paid off.

“We finally got a win so it was really good,” varsity coach, Patrick Fairchild, said. “I’m happy for the kids, and I think weight is off their shoulders.”

The team still wants to push themselves and grow stronger. Coach Fairchild makes sure the players put their best effort forward and have a positive attitude. Moving forward, the team plans to continue practicing the skills needed for the game such as boxing out and guarding. At the end of each game, the team watches the film and will then work on any weakness they notice.

“In the first half we played good. In the second half we kind of fell apart for a bit, but then we brought it back up,” junior Tristan Hubbard said. “We went on a run, brought the energy back, cause we were definitely losing the energy, so we just had to keep the energy up high.”

Controlling a consistent energy has been a struggle for the team since the season started. Some players say that the team doesn’t have enough energy, while others say they have too much, which leads to rushed plays. Controlling energy is a skill the team wants to perfect, especially before their next game.

“We were kind of rushing shots at the end when we had the lead, which wasn’t necessary,” junior Jon Bailey said. “We kind of needed to pace ourselves.”

The final score of the game was 44-36, giving the Lobos the win. It was a close game, where both teams gave it their all. The boy’s next game will be on Monday, February 15, at Conifer High School. Fans can watch the game through a live stream.

“They really worked hard, and they are a coachable group,” Fairchild said. “They really deserved it.”