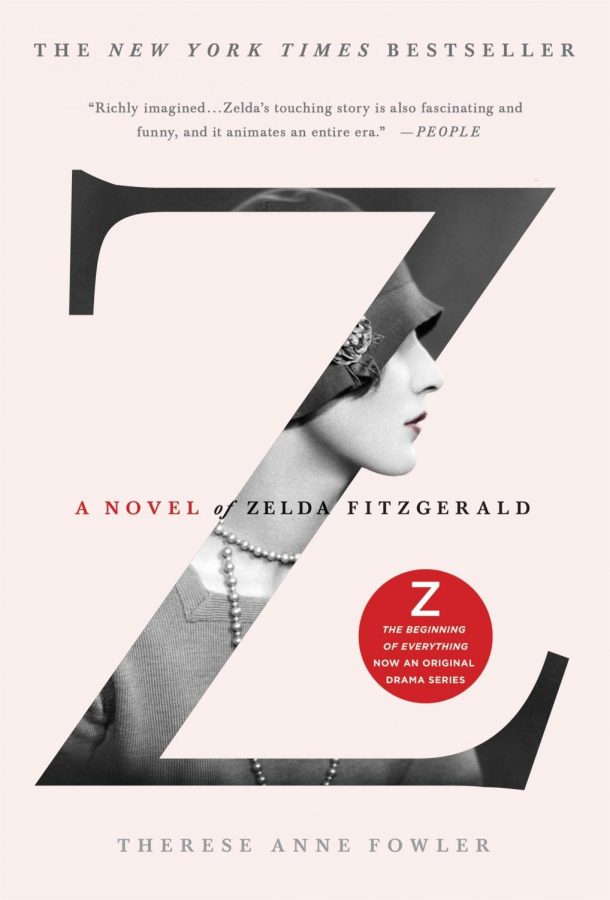 When beautiful reckless Southern belle Zelda Sayre meets F. Scott Fitzgerald at a country club dance in 1918, she is seventeen years old and he is a young army lieutenant. Before long Zelda has fallen for him, even though no one else believes that his writing will bring him both fortune and fame. When Scott sells his first novel, she optimistically boards a train to New York to marry him and take the rest as it comes.

Z, written in the first person, is an amazing story. The author, Therese Anne Fowler, brought the voice of Zelda Fitzgerald to life in such a way that makes you believe you are with her as she travels to New York, France, and other beautiful places. The readers watch the growth from Zelda as a party girl to a wife who doubts her life. You can’t help but to feel sad, knowing who she becomes and seeing the choices that led her there. I recommend this for anyone who loves Gatsby, the 1920’s, parties, or simply stories of adventure and change.