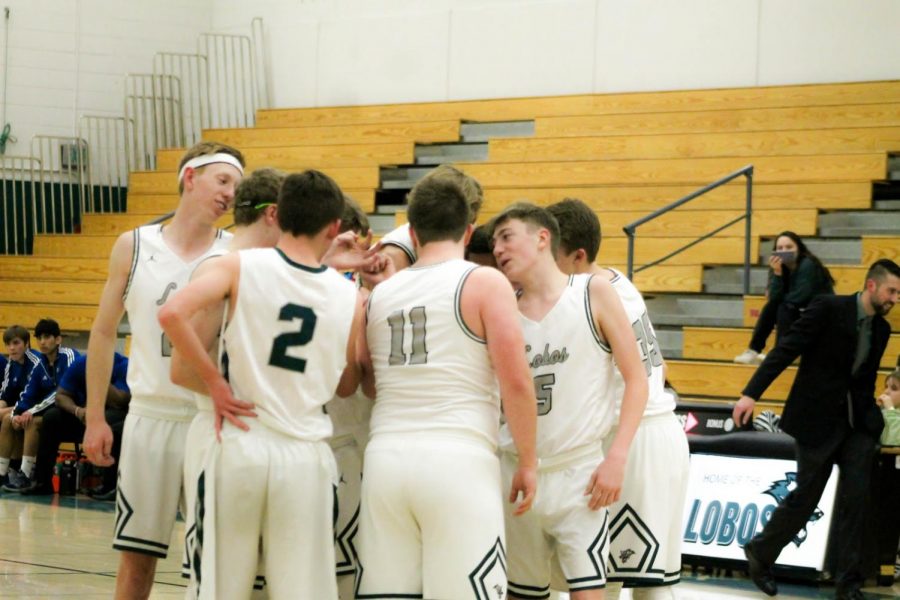 Varsity team huddled up before the game

This game was very important for the boys team, because it determined whether or not the boys will be playing in the state tournament. The boys took the win with the score of 78-21.

“I personally feel good about heading into this last tournament game,” Landon Wallace, a senior player, said. “I think we’re heading into the right direction and are continuing to get better as a team as games progress.”

The next game for the boy’s basketball will be on Friday, February 21, at Conifer. Starting the third round  is Englewood vs. Weld at 5:30. Then, at 7:00, Conifer will go against Fort Lupton.

“As long as we keep playing our game, we will gain momentum heading into the state tournament.” Wallace said.