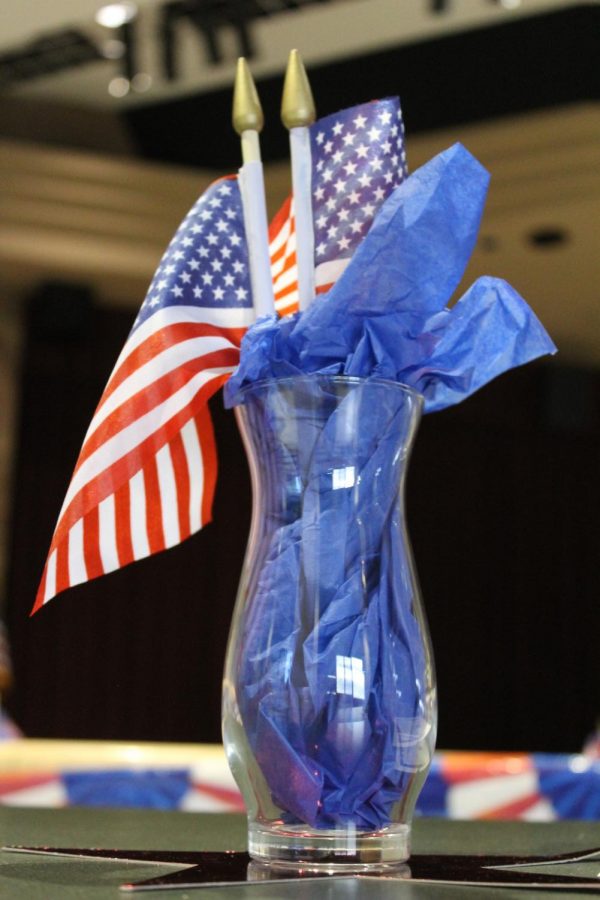 A vase holding mini American flags and blue tissue paper sits in the center of one of the cafeteria tables. Student government spent time putting up red, white, and blue decorations throughout the cafeteria, in honor of the upcoming holiday. Photo courtesy of Katherine Ryan

While it’s easy to be sucked into the routine of doing mindless schoolwork that has no real impact on society or the world, a group of students recently hosted an event that gave back to the community and benefitted those who deserve the most support. Though a pancake breakfast may not seem like much, it showed students’ acknowledgement of those who have fought for their rights.

During Thursday’s seminar on the week before Thanksgiving break, student government put on their annual pancake breakfast in honor of the community’s veterans. Students served pancakes, fruit, and drinks to a fairly large group of men and women who had been in the armed forces.

“I’m here helping out with this because I think it’s for a good cause and to honor our veterans… and give them something they wouldn’t have otherwise,” sophomore Despina Norway said.